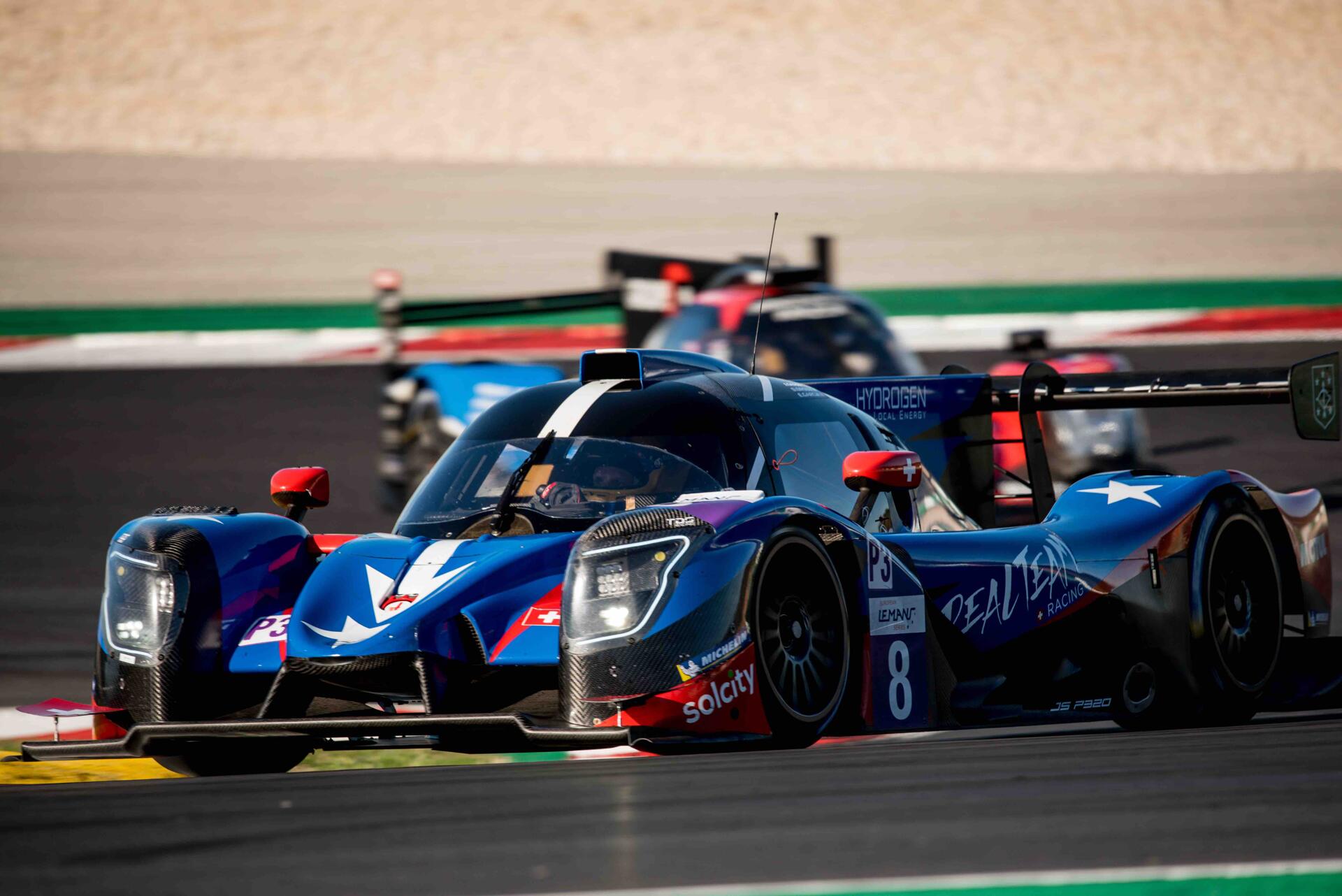 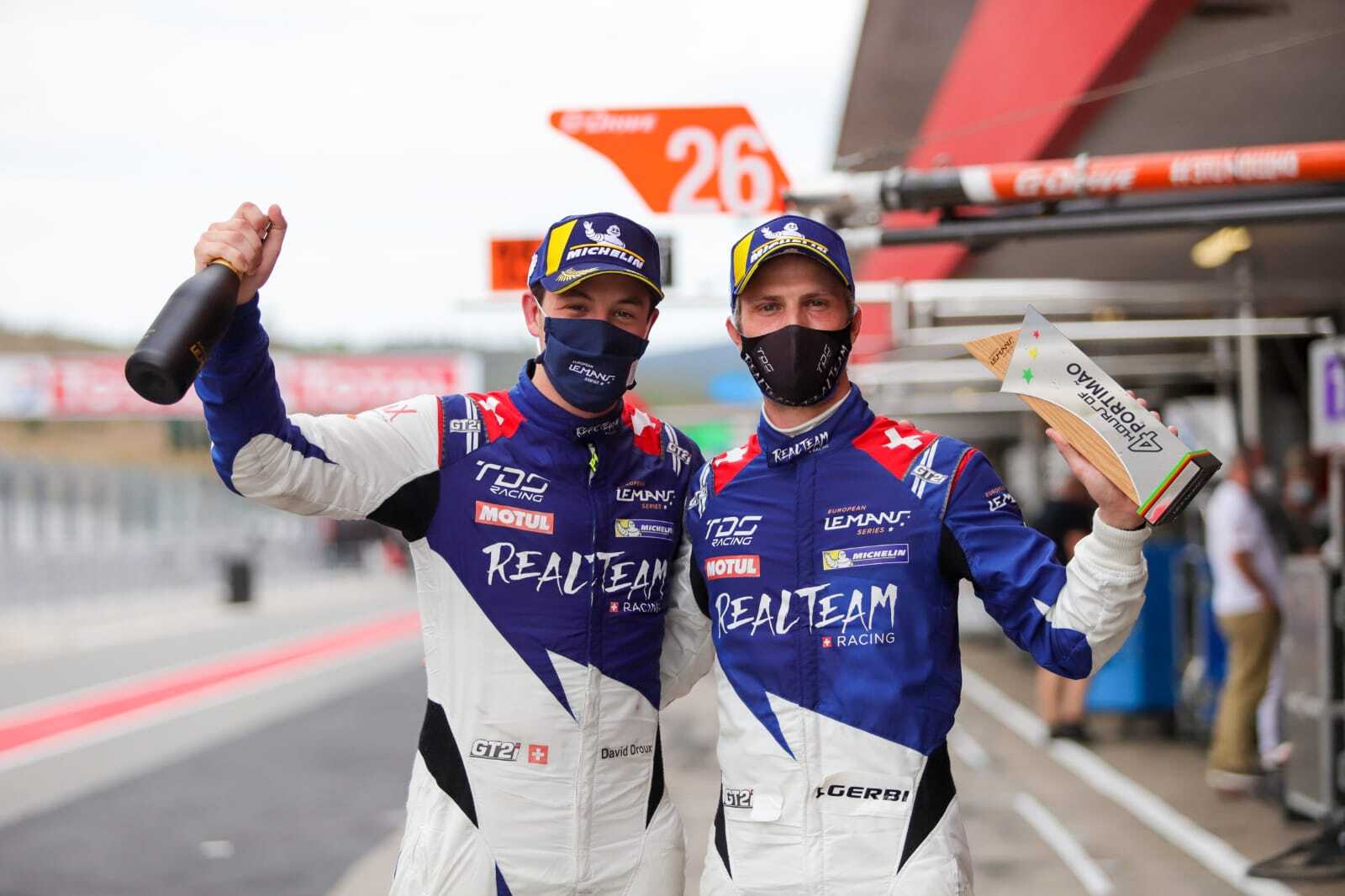 The final round of the 2020 season of the European Le Mans Series took place this weekend in Portimão, just three and a half months after its kick-off. The young Swiss team managed to conclude with a magnificent 2nd place in Portugal and finished in the top 3 in the championship.

Thanks to their performances throughout the season, Esteban Garcia and David Droux were still in contention for the title. Team owner and driver Esteban Garcia is unfortunately forced to stay in Switzerland and Realteam Racing has to find a replacement for him at short notice. The choice of the team is Julien Gerbi, classified Bronze and whose experience in endurance racing will be an asset.
The team doesn't lose a second and starts its preparation during the collective tests on Thursday. While waiting for the arrival of Julien Gerbi, David Droux completes no less than 81 laps on the Portuguese rollercoaster and signs the best time of the day in 1:36.437. The next day, Julien Gerbi is ready to race his first weekend in ELMS. This Friday's day went very well with David's 2nd time in Free Practice 1 and the best time of the Bronze Test for Julien.
The pace is very good as confirmed by the best time in free practice 2 signed on Saturday morning by David who, a few hours later, qualifies 5th, less than 5 tenths from pole position.
On Sunday, the cars line up on the starting grid for this big final. Julien is at the wheel of the Ligier JS P320 N. 8 for his first start on the European stage. He does very well at the lights out and hooks the leading car. He takes 3rd place in the LMP3 after only a few laps. The race is neutralized after only fifteen minutes, the strategy is set up and Julien takes advantage of it to make a first stop; a strategic move that could pay off later on. Once the green flag was raised again, he started to climb up to the top 5 after an hour of racing and even reached the top of the LMP3 category before passing through the pits. Julien continued with a second stint. Then 2nd, he was hit by an LMP2 that failed to stop in the second sector of the hairpin. Julien now finds himself in 4th place at the halfway point and hands over the wheel to David who immediately sets off in pursuit of his rivals.
The young and talented Swiss driver increases his pace, takes the second best lap in the race and grabs precious seconds every lap. He approaches the last hour of the race in 2nd position thanks to a perfect reading of the race. The Ligier N. 8 makes a last pit stop which is very well executed by the team and comes back at the top of its category. David has only the chequered flag in the lead, but sees his closest rival coming back in his rear-view mirrors. He resists for a few laps with his worn tyres before bowing down to his rival who benefits from new tyres. David crosses the finish line to sign the second best result of Realteam Racing.
Despite the hectic pace of this 2020 season, Realteam Racing, with the technical support of TDS Racing, has demonstrated its ability to fight for victory on a regular basis. David Droux and Esteban Garcia were able to fully exploit the potential of this magnificent JS P320 Ligier and the Swiss team managed to maintain the suspense for the title until the end and finished on the podium in the LMP3 classification just a few points behind the runners-up. The progression in one season is impressive, especially as the adventure in Endurance is only just beginning...

“It was a good race. We optimised as much as possible with the elements we had at our disposal. Because we had to call on a driver at the last moment, we probably couldn't save tyres like the others. The objective was to finish the weekend on the podium of the race and the championship. All the objectives have been achieved. I would like to thank the whole team for the magnificent work they have done this season.”

“The weekend is very positive. I would have been told on Thursday morning that I was going to finish second in ELMS on Sunday afternoon, I wouldn't have believed it! It was a baptism of fire and I was able to count on the team who looked after me very well. I was able to accumulate the kilometres on Friday to bring myself up to the level knowing that it had been 11 years since I hadn't ridden during a race weekend at this level, except for two races in GT. The start went well. I tried to be careful and at the same time to seize the opportunities that came to me and so to gain some places. The collision with the LMP2 that came out of nowhere was a real pity. We were playing for victory and I think the whole team is happy. I would like to thank the whole Realteam team and especially Esteban for the opportunity and the confidence he has shown in me. ”

“It was a fantastic year. I was sad not to be able to be in Portimão for the final, but I was very well represented by David and Julien. I am very happy with the result, this second place is a great reward, as is the third place in the championship. This was the goal we set ourselves and we achieved it thanks to the precision, team spirit and excellence of the team. I would like to thank the whole TDS team, the mechanics as well as our engineer and of course David, my team mate with whom I had a lot of fun sharing the wheel. I am particularly pleased to be on the podium in the championship after two years in ELMS.” 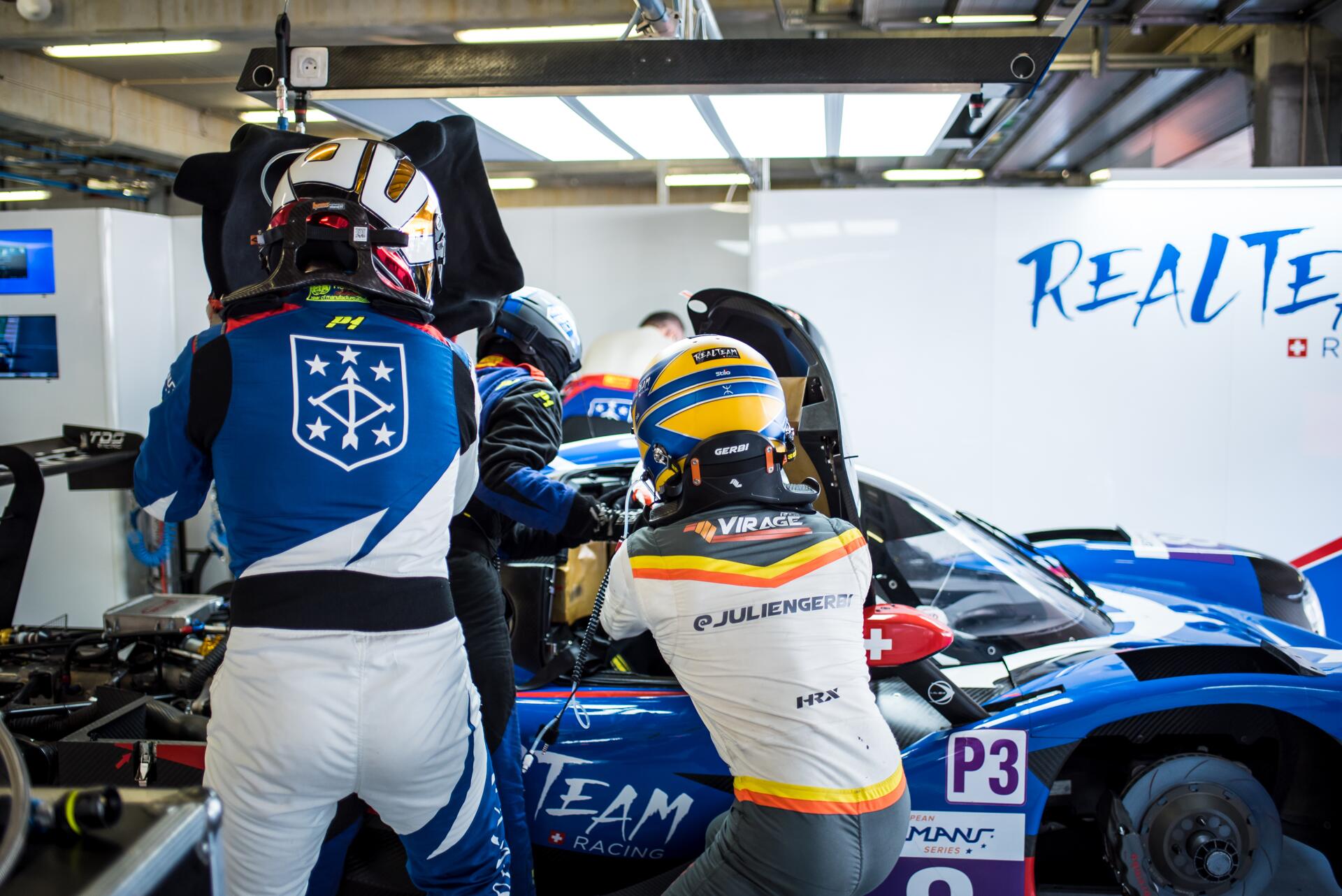 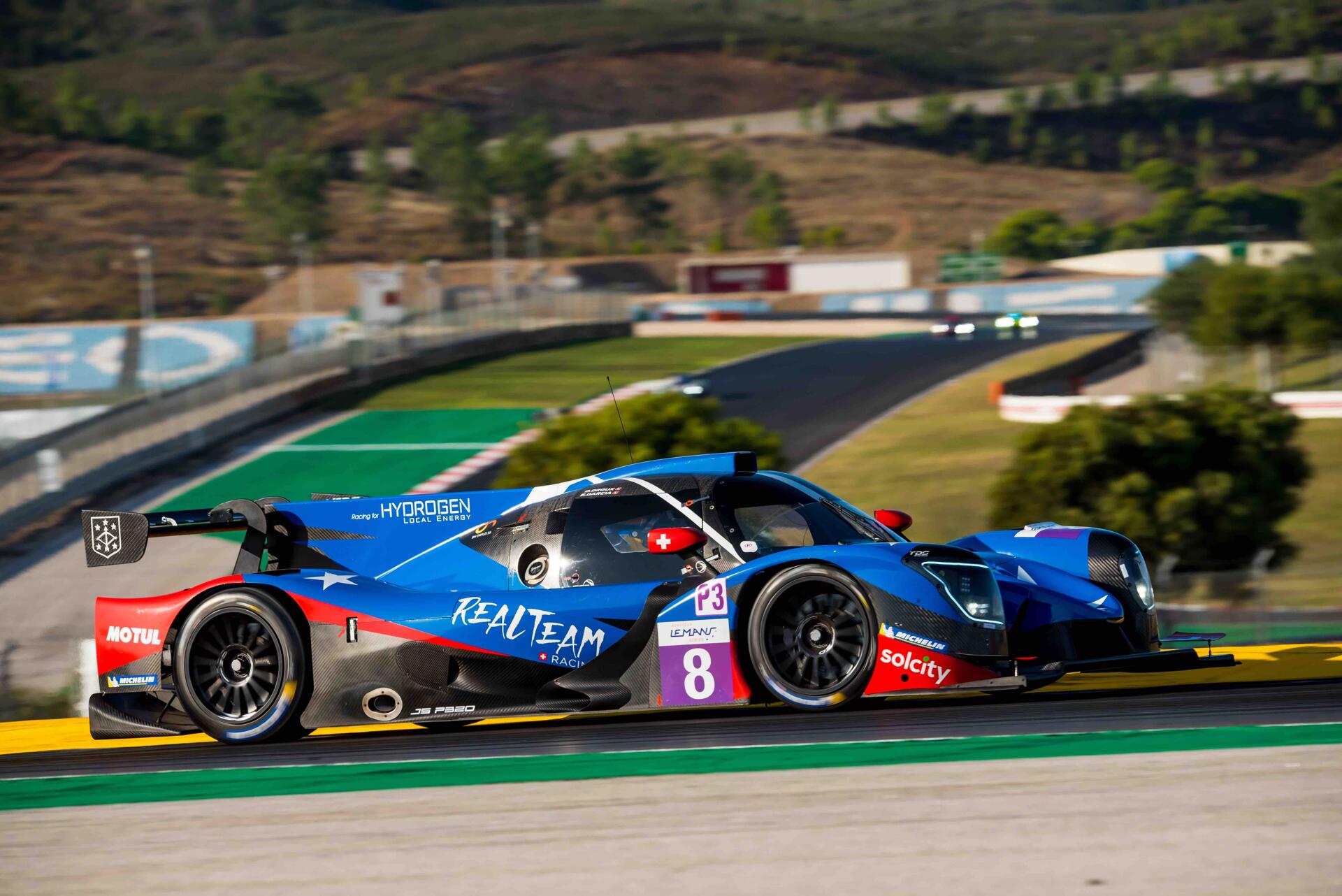 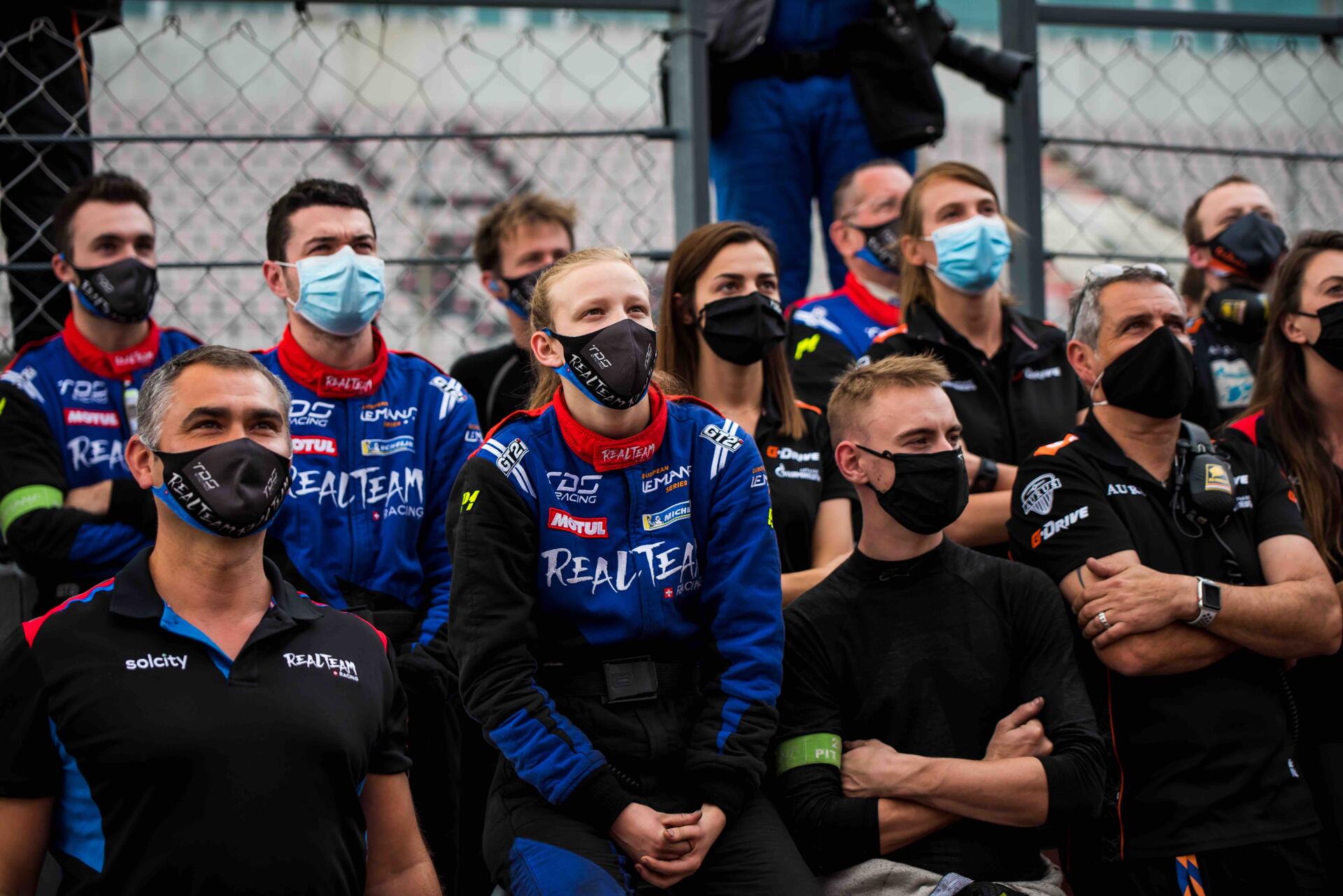