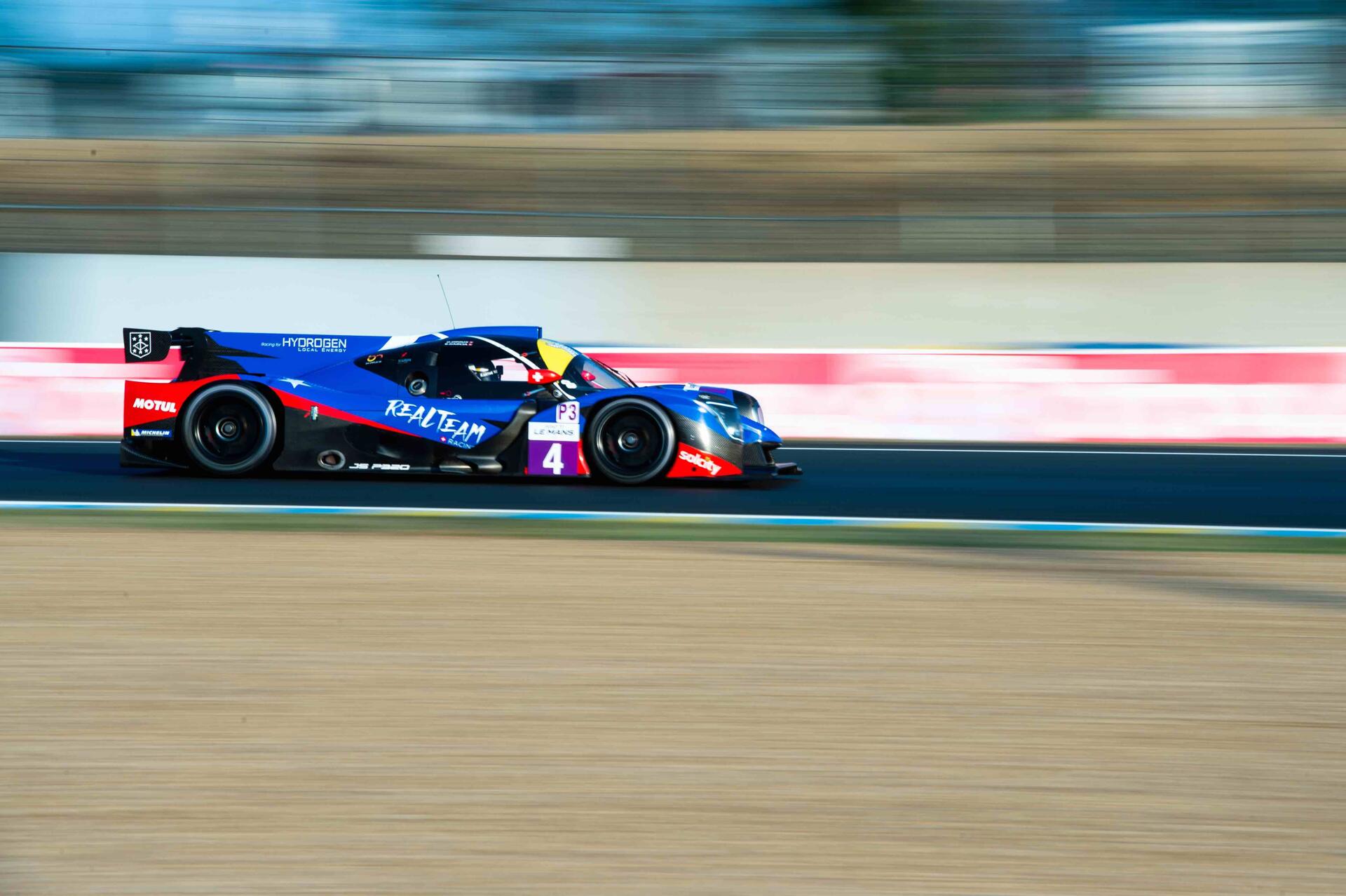 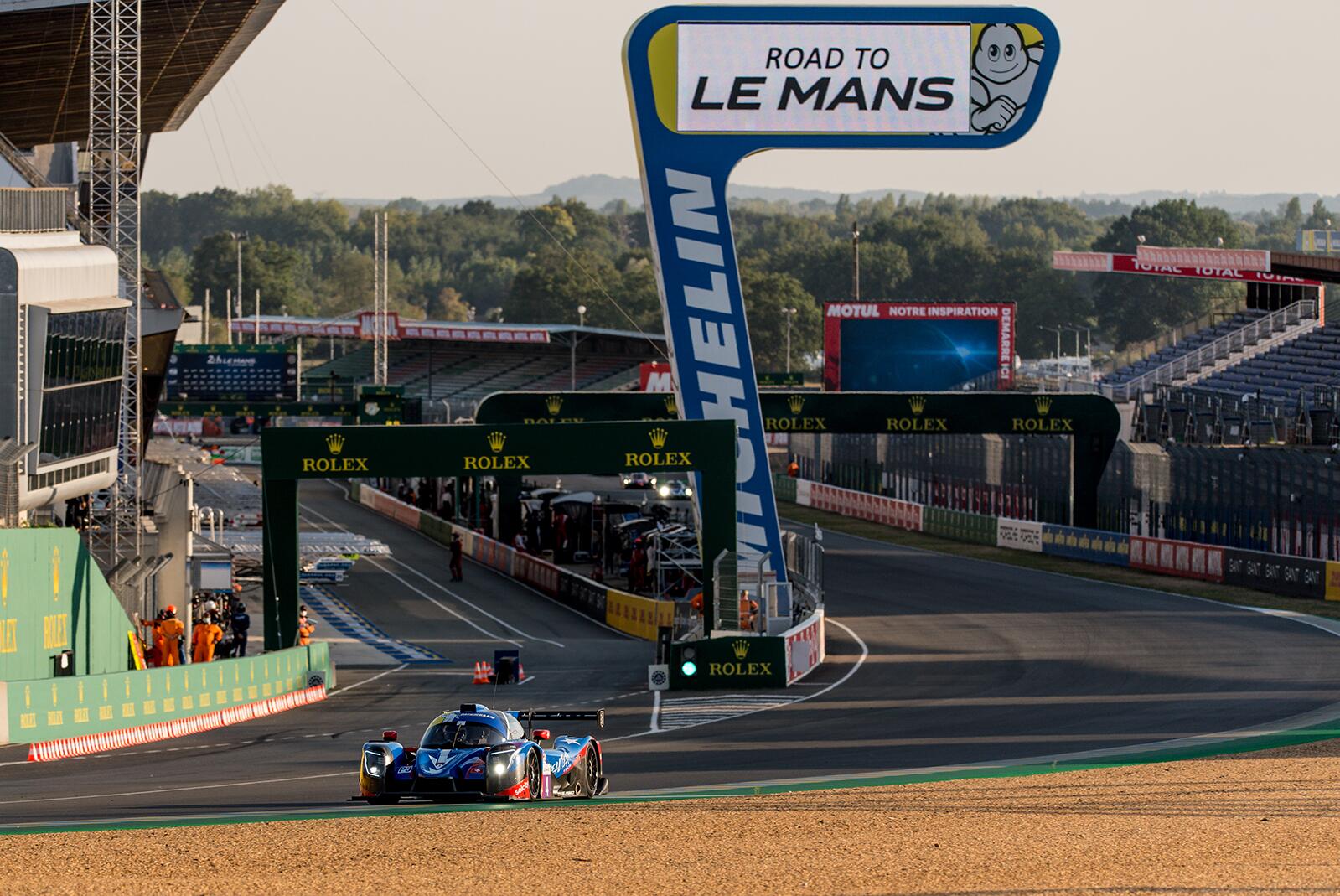 Realteam Racing made its first steps on the 24 Hours circuit during Road To Le Mans, the first step towards the mythical 24 Hours of Le Mans.

The Ligier JS P320 N. 4, driven by Esteban Garcia and David Droux, takes possession of the mythical track on Thursday during free practice. The drivers of the Swiss team make their first laps and try to take their marks on the 13,626 kilometres for the qualifying sessions and the two races on the program. Lap after lap, the progression is significant and David Droux shows the 10th best time in 3:50.059.
Place for the qualifying on Friday morning. David Droux, already in the lead the day before, raises his level of performance and signs the 3rd fastest time in Q1 with a lap of 3:47.918, a few tenths of the pole position; what a performance! Esteban Garcia then climbed into the prototype to chase the time in his turn. The traffic on the track is heavy and in front of drivers who already know the track, he gets away with the 16th time.
David Droux starts from the 3rd place on the grid for the first race on Friday afternoon. The young Swiss driver is very offensive and follows the pace set by the drivers in front of him. With this very good rhythm, he takes 1st place and keeps it until the end of his first stint. The pit stop is perfectly controlled and Esteban Garcia emerges at the front of the race. In front of experienced drivers, Esteban makes his race without making the slightest mistake to ensure a first top 10 finish in Le Mans.
A few hours before the start of the Le Mans 24 Hours, Esteban Garcia is on the starting grid of the second race in 16th position. The track is wet and the start is given behind the safety car. After two laps, the Safety Car fades away, but the tyre strategy doesn't allow Esteban to compete with his rivals.. He leaves the wheel to David Droux who starts his comeback in the peloton. He lights up the sectors in purple and realizes the fastest lap in 3:48.335 and crosses the finish line in 11th position.
This first experience at Road To Le Mans represents a great satisfaction for the whole team and its drivers who made a strong impression. After a first victory in Le Castellet, Realteam Racing will return to the European Le Mans Series from 9th to 11th October in Monza, Italy.

“Road To Le Mans was an opportunity for us to discover the circuit that lived up to our expectations. It's incredible to drive on such a mythical circuit. In spite of a good preparation on the simulator, we still have to find our marks. In terms of results, it's not so bad against 30 cars and teams who already knew the circuit. It was a satisfying weekend and I can't wait to return to this circuit next year in the best possible conditions.”

“It was a great experience to ride on this circuit on which you can't only ride on that weekend of the year in view of the final goal. As rookies, Esteban and I made good progress during the whole weekend from the first session where we were far away in the timed qualifying until the second race where I set the fastest lap in the race. Esteban had some bad luck in qualifying and at the start of race 2. Every lap we can do here is a great experience for the rest of the race.” 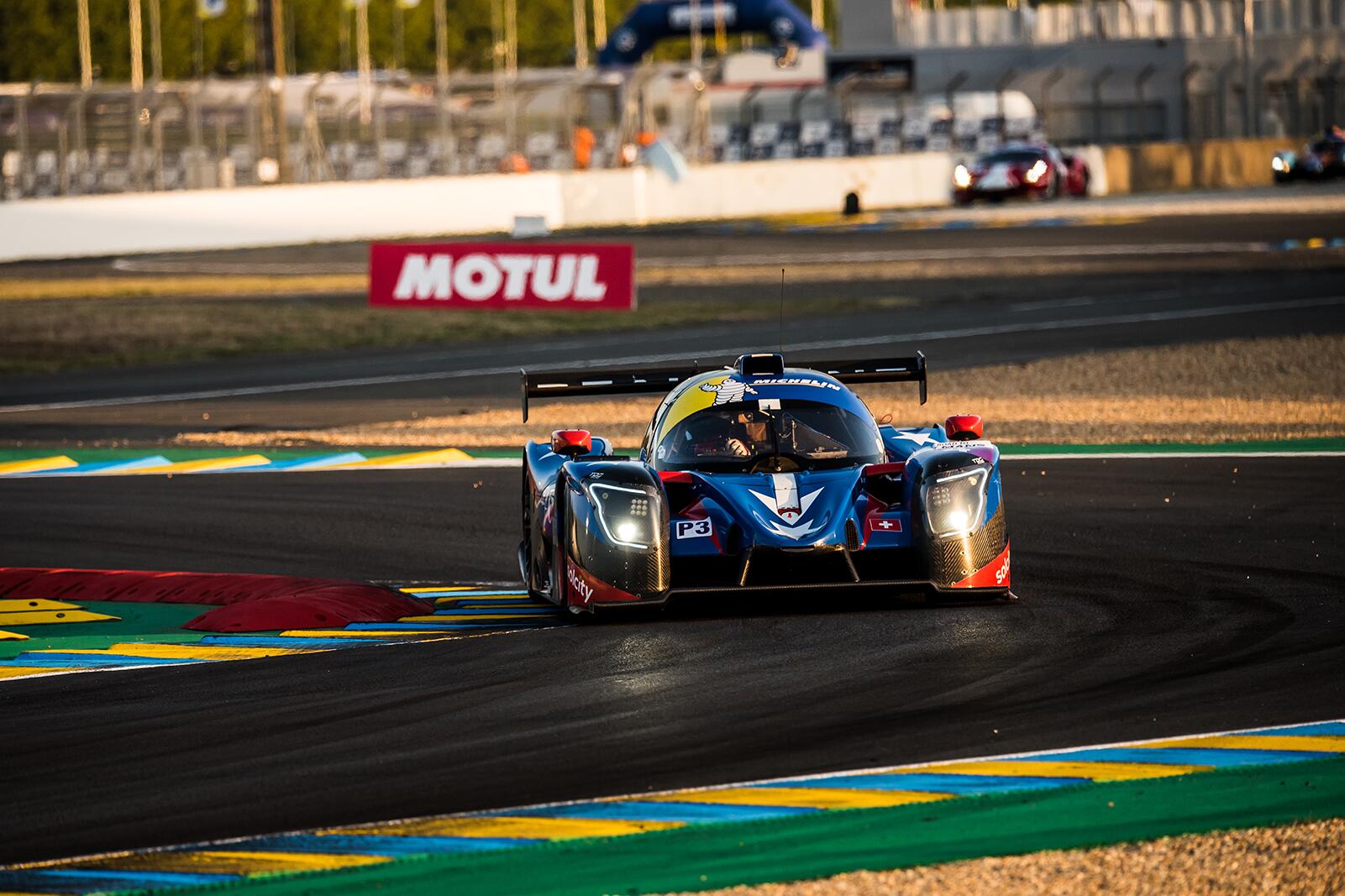 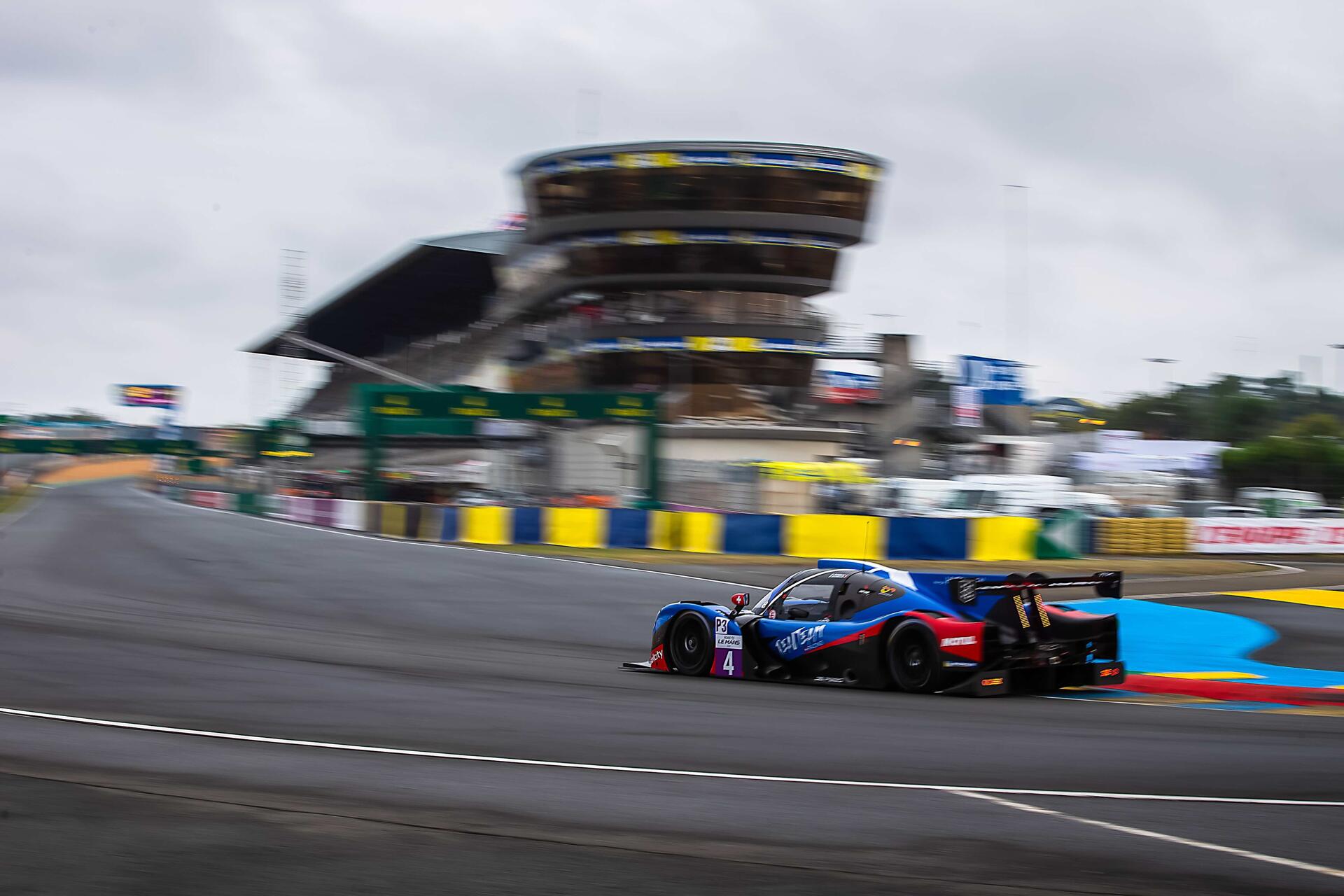 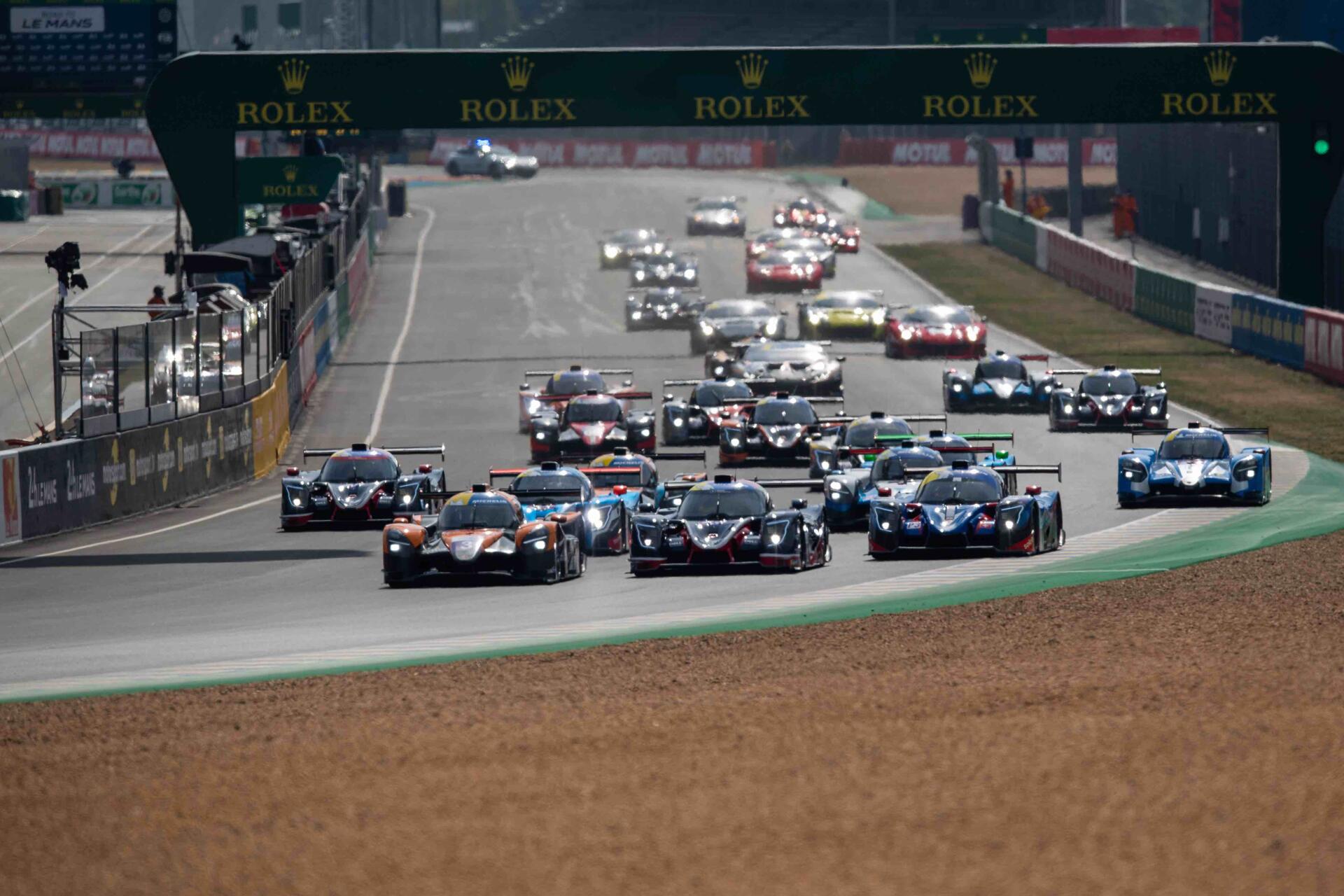