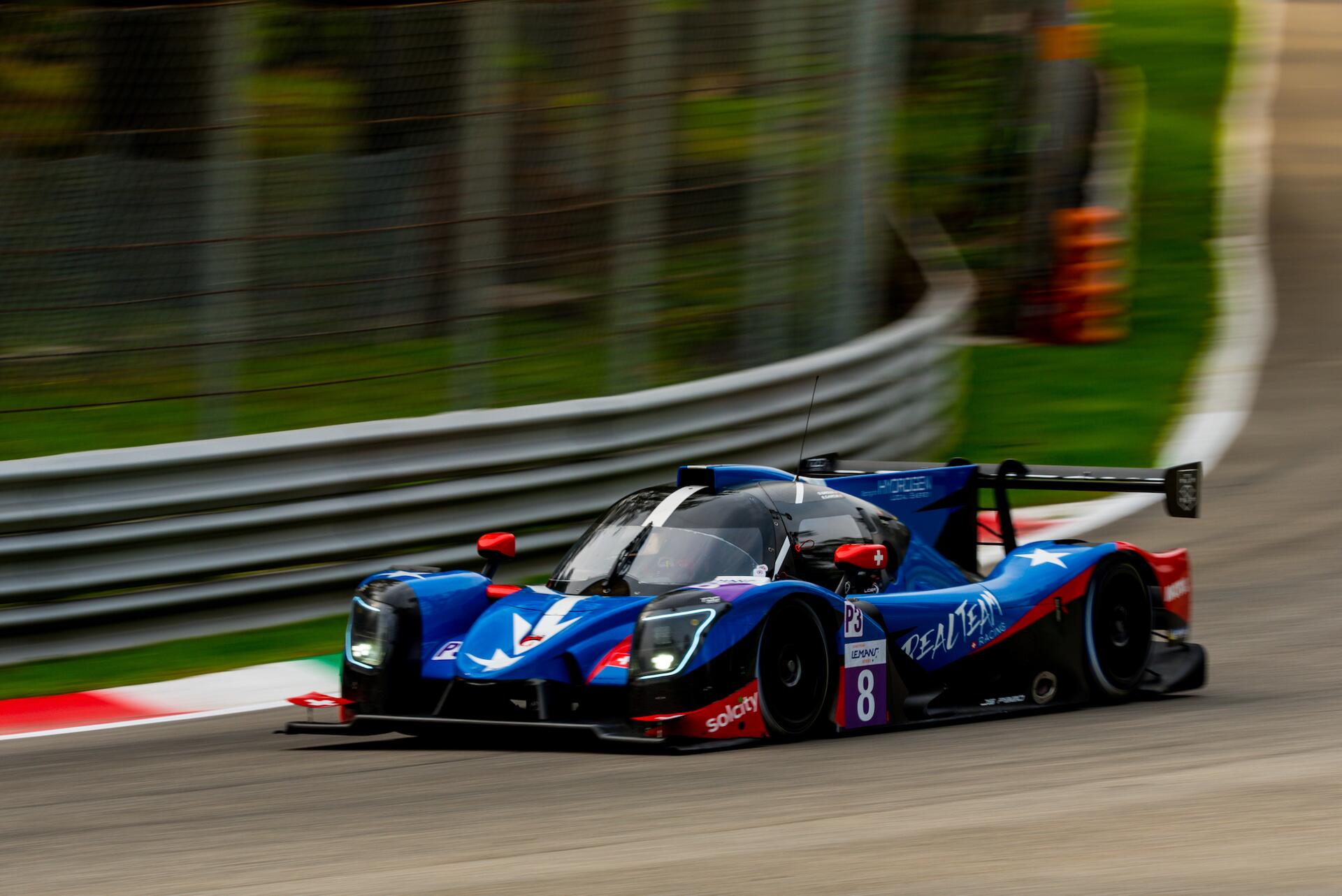 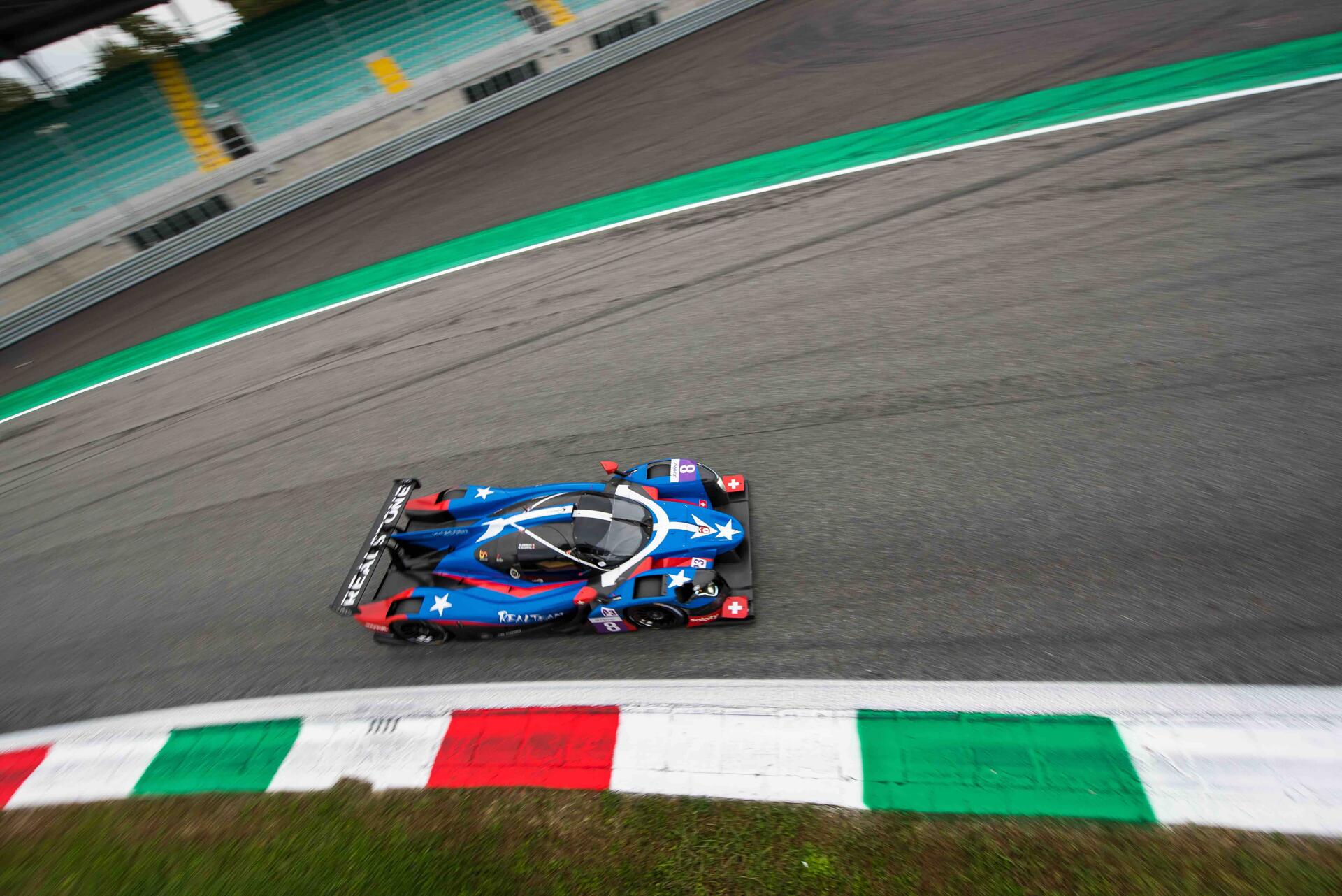 The Autodromo Nazionale di Monza was the scene of the fourth round of the 2020 European Le Mans Series season. Realteam Racing drivers Esteban Garcia and David Droux played the leading roles throughout the weekend in the Temple of Speed.

The first contact with this mythical Italian track was made on Thursday, during the two collective practice sessions. In the first session, David Droux set the reference time of 1:44.074. The crew of the Ligier JS P320 N. 8 took advantage of this day to gain a lot of experience by completing 107 laps this Thursday.
The rhythm and the settings are good as evidenced by the improvement of the reference time by David Droux on Friday, at midday, in 1:43.781. With this time, the young and talented Swiss driver simply signs the absolute record of the LMP3 category, and this, from free practice 1.
The hostilities started again on Saturday morning with the free practice sessions. In spite of the confidence gained during the last hours on the Autodromo, Esteban Garcia gets trapped in the first sector and finishes in the gravel. At this moment, the engine did not switch off and warmed up abnormally. After being checked by the mechanics and engineers, the prototype can take part in the qualifications. 15 minutes to chase the stopwatch and try to get a second pole position this season. From the very first laps he started, David was at the front of the field and clocked the 4th fastest time in 1:43.700.
A few moments before the start of the 4 Hours of Monza on Sunday, the drivers discovered a wet and greasy track. Esteban Garcia is positioned on the starting grid in 4th position at the wheel of the Ligier JS P320 N.8 with slick tyres. The starting signal for the 4 Hours of Monza is given at 11am. Whereas several drivers are trapped in front of him, Esteban controls the situation perfectly and gets through the first corners without any problems. The race is neutralized at the end of the first lap. The race is relaunched, but not for long because the first hour is marked by several neutralisations. After a well executed first stint despite a contact with an LMP2 spinning in front of him at the first corner, Esteban goes through the pits for the first time and completes another consistent stint before handing over the wheel to David Droux shortly before the halfway point. Droux climbed aboard the prototype, which was somewhat banged up at the front right-hand side. In spite of this, David set a race lap record of 1:45.344. Then in 7th position, he gradually caught up with his opponents and reached the last place in 6th position. From then on, he increased his effort to reach 4th place in the last half hour, which he will keep until the chequered flag.
This 4th place at the end of the 4 Hours of Monza is important for the championship because it allows the team to be 3rd in the classification, 18 lengths behind the leaders. Realteam Racing has demonstrated its ability to win in Le Castellet 240 and will be looking to repeat the success in the ELMS final in Portimao from October 30th to November 1st.

“t's always an interesting weekend in Monza. We were wondering if it would rain during the race. The conditions were changeable and it rained before the race which made the circuit wet and greasy for the start. The question of putting on rain tyres came up, but I knew I had to start in slicks because I thought the track would dry out. To start a race with wet fat is always particular and my state of mind was, before thinking about performance, to play it safe in order not to make mistakes. David did a great job and, despite a damaged front end, he set the best lap in the race, that's to say the performance level of the car! We had a lot of fun all weekend and I adapted to all the circumstances. I enjoyed the track and I felt really comfortable in the car.”

“I was very happy to be back on the Monza circuit that I like very much and which is very fast. It is always a pleasure to ride there. The weekend went rather well. We were very good with a good progression on the Esteban side during the sessions. It was a complicated race because of the particular conditions. It was important for us to score points for the championship and we managed to get this 4th place and the 12 points that go with it. I'm again very happy to have done the best lap in the race.” 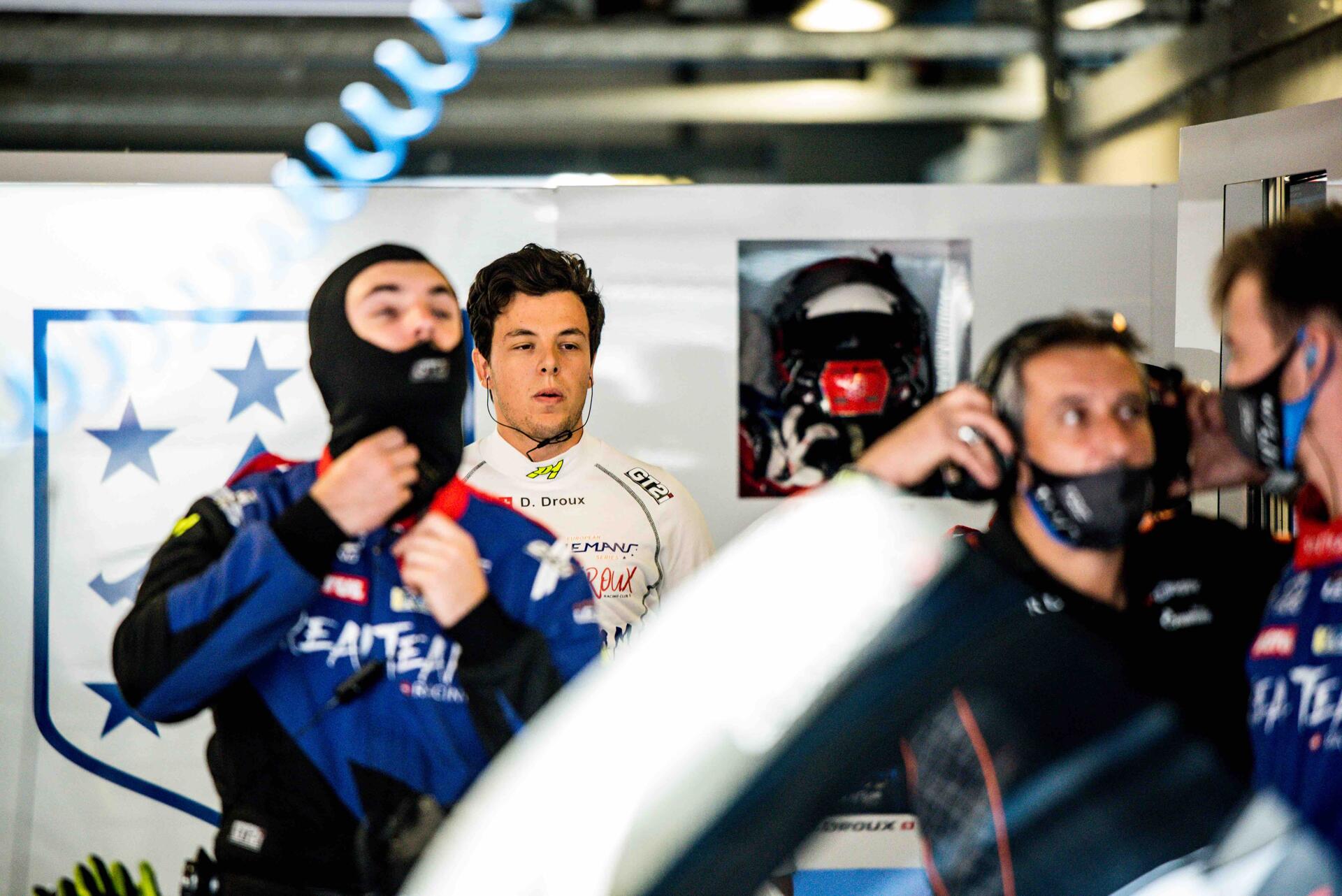 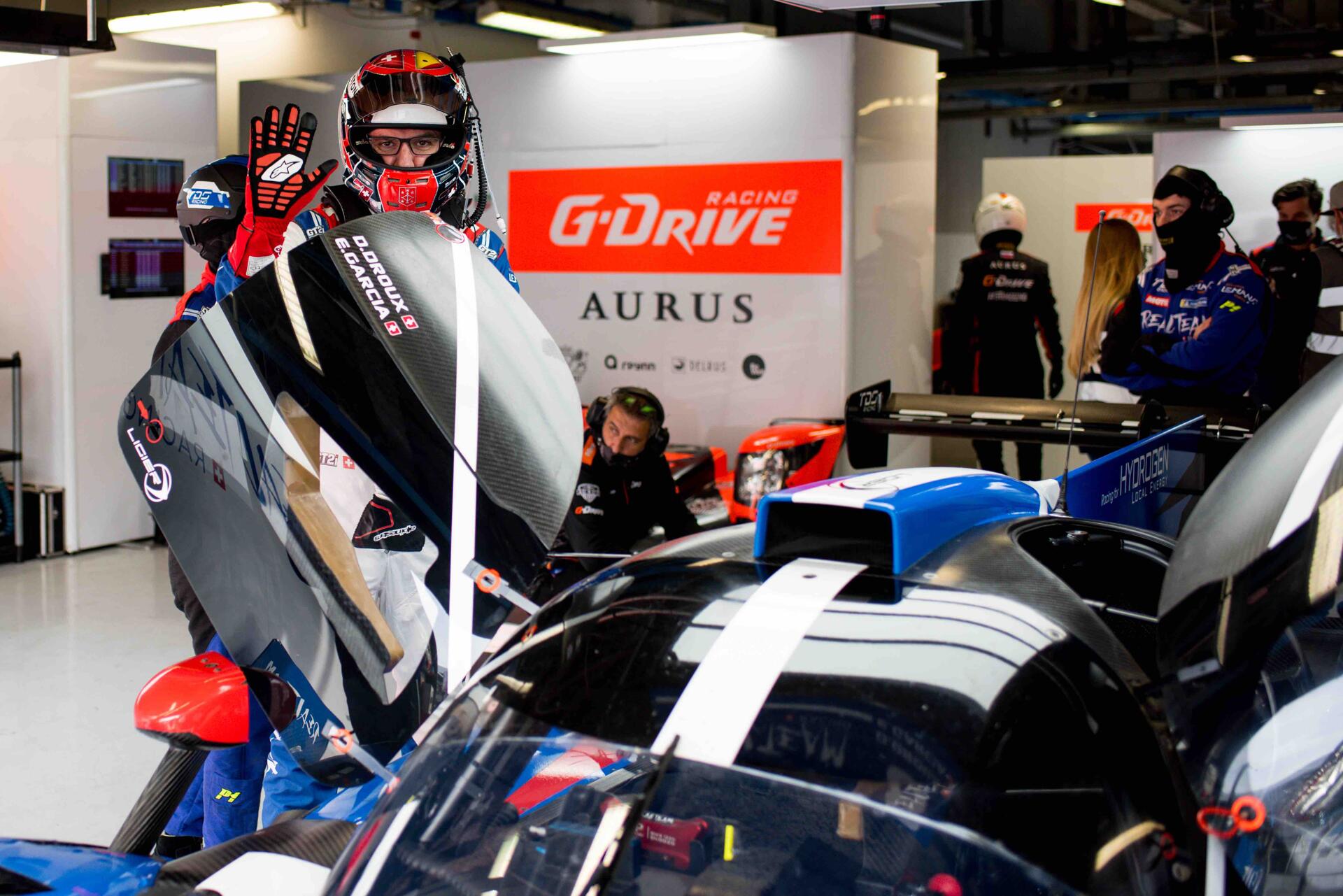 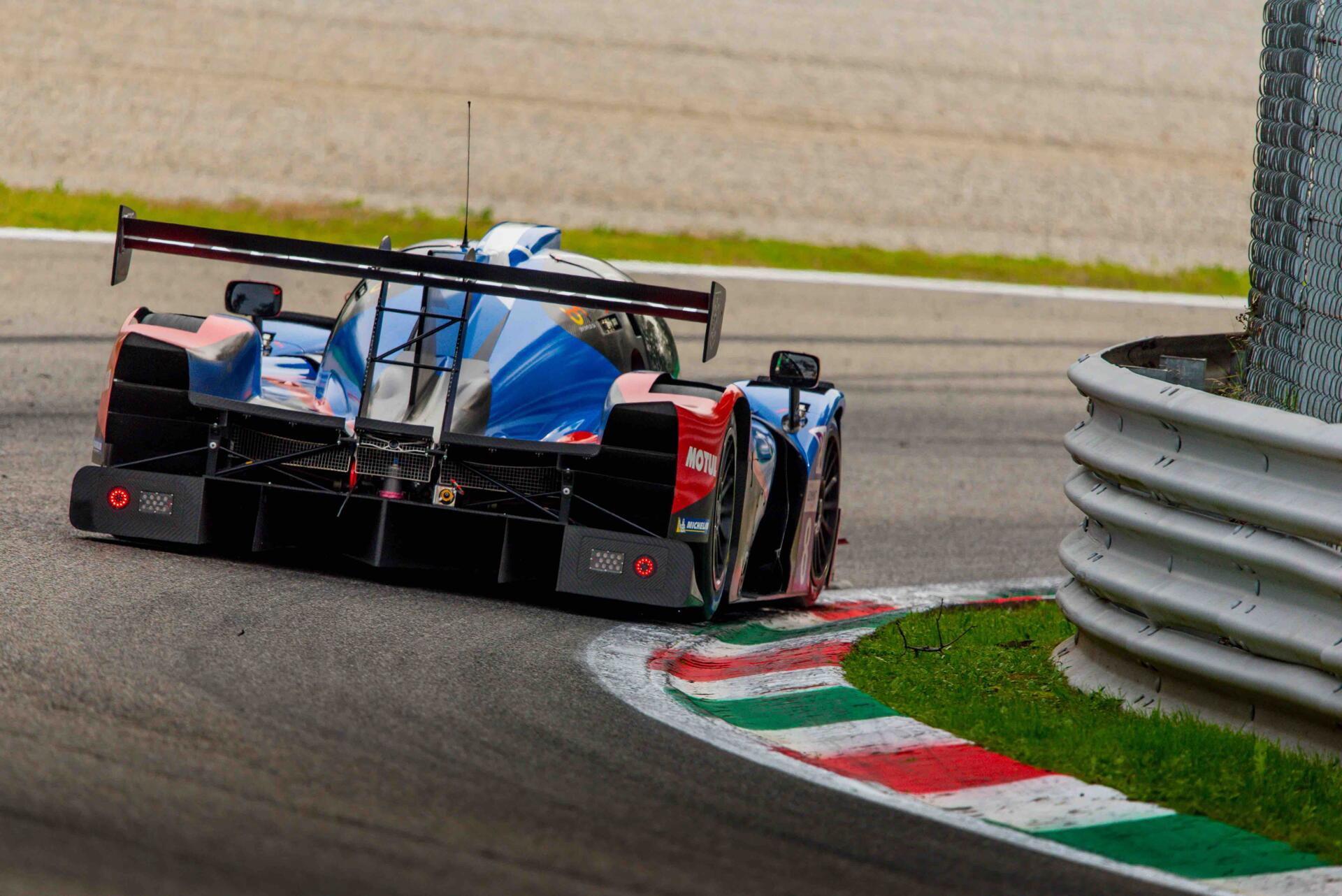